Go Beyond Fall Flavors by Cooking With Pumpkins

Find this article at:
go.ncsu.edu/readext?896328
— Written By Simon Gonzalez (1 month ago)

There are a few sure-fire signs of fall. The leaves turning beautiful colors. A crispness to the morning air. And pumpkin-flavored everything.

The stuff can be found on just about every aisle in the grocery store. For breakfast, there is pumpkin flavored pancake and waffle mix and cereal. It can be washed down with pumpkin tea, coffee or hot chocolate. For lunch, how about a sandwich with pumpkin swirl bread? Want a snack? No problem. There’s pumpkin cheesecake cookies, and pumpkin spice Twinkies, Goldfish, popcorn and almonds. Spice things up with pumpkin salsa, make a shake with pumpkin spice protein powder, or relax with a bottle of pumpkin ale.

That’s not to mention the plentitude of pumpkin options at the local coffee and donut shops.

Alas, the seasonal goodness is not necessarily good for us. Most commercially available pumpkin products emphasize flavor over health.

“A lot of pumpkin-flavored items tend to be the sweeter, carbier side of foods,” Hill said. “What you are going to find in a store already packaged is going to be more of a flavor profile than it is the actual food added.”

And that’s a shame. Pumpkin is more than just the unofficial flavor of fall. It’s a nutritional powerhouse.

“It’s high in fiber, more than kale cup-for-cup,” Hill said. “It’s really high in vitamin A, like carrots, which is great for eye health. It’s an antioxidant. It’s high in water, so it’s a pretty low calorie food. And it’s a great source of vitamin C.”

A cup of cooked pumpkin also is rich in iron and magnesium, and has more potassium than a banana. 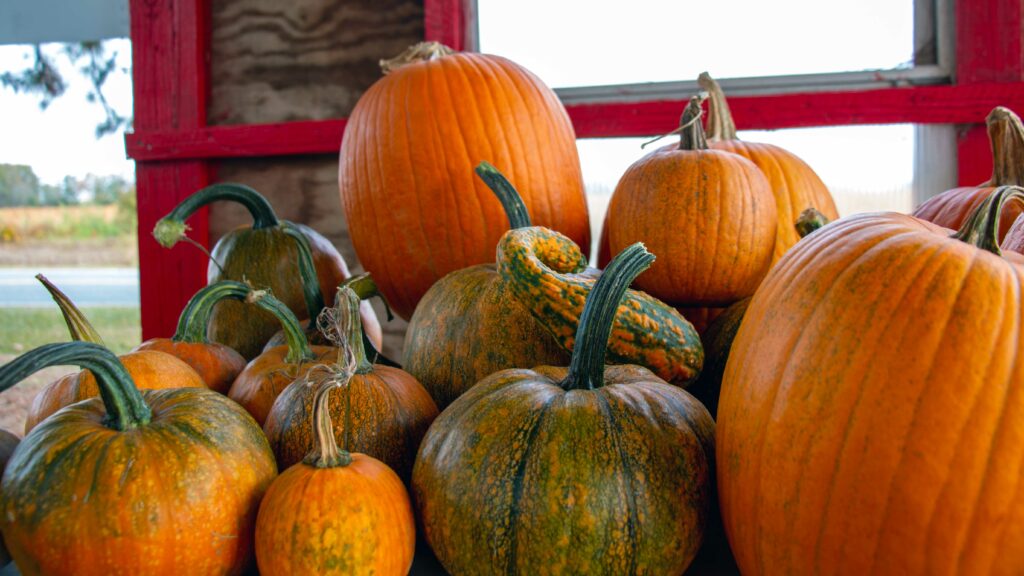 Pumpkins are an increasingly important crop in North Carolina, which ranks in the top five states for production. The favorable climate and soil make western North Carolina an ideal growing spot. Some 4,000 acres will be harvested from the mountains this year, with Allegheny and Ashe counties producing the most. The mountain pumpkin industry has close ties to the Christmas tree industry, with about 75% of pumpkin growers producing both crops. The economic value of the pumpkin crop is more than $15 million.

Pumpkins range from giant to tiny. Some smaller varieties are grown for food, including the Cherokee Tan and sugar pie. But typically, we don’t buy them to eat them. The locally produced, quintessentially orange pumpkins that are everywhere this time of year are much more likely to be carved as Jack-o-lanterns or used as festive fall decorations than food. 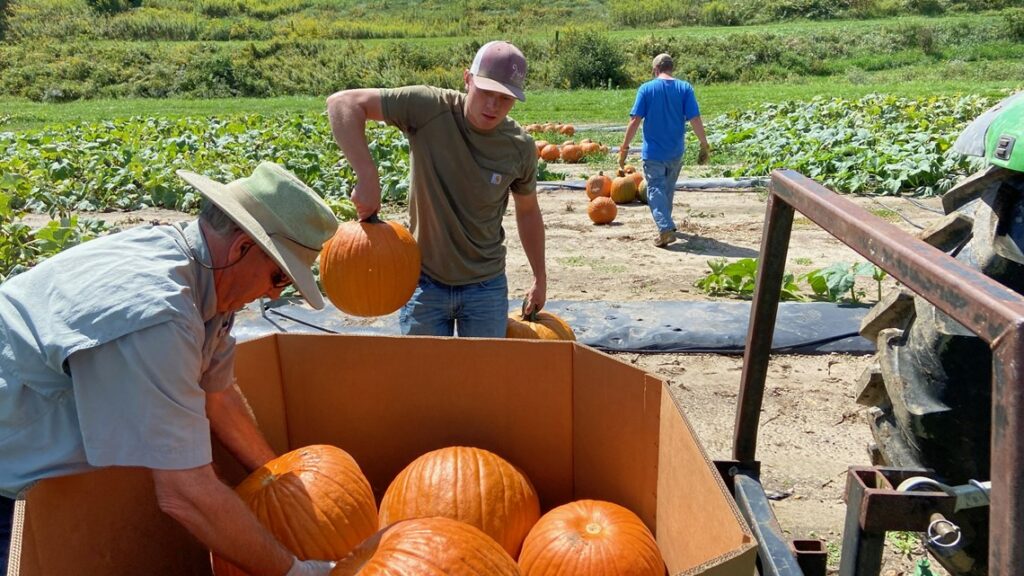 It is possible to use the innards scooped out of a carved pumpkin, but it is a lot of work.

“You can cube it and boil it down and blend it, and you would end up with pumpkin puree,” Hill said. “At the same time it’s pretty inexpensive already canned. As a canned product — the one that’s not a pumpkin pie filling — it is affordable and really nutritious and certainly a lot less effort.”

The one that is typically used to make the traditional Thanksgiving pumpkin pie is likely to be high in added sugar. But the same aisle should have the more nutritious pumpkin puree.

Related: How to make pumpkin puree

It seems unlikely from looking at them, but pumpkins are about 90% water. That’s why puree works well for cooking.

“It doesn’t always have to be pumpkin pie, or pumpkin spice latte,” Hill said. “There’s other ways you can prepare and have those fall flavors, and connect that food to the feeling of fall in a different way.”

The plethora of pumpkin products currently available definitely stamps it as fall flavor. Harvest season begins around mid-September and continues through October, so that makes sense. But our love for pumpkin-infused products also can be connected to tradition and nostalgia.

“Food is really powerful in that way — memory recalling, memory setting, tradition,” Hill said. “Growing up and having certain foods at certain times of the year can really recall those seasons for us. A lot of people would say pumpkin is one of them. It’s probably a food that many people do not eat outside of the holiday season. Certainly you could eat pumpkin in July, but you might not want it and it might not even taste as good because it’s not the right season.”

Related: How to pick the perfect pumpkin

“Pumpkin works well with warmer spices such as cinnamon and nutmeg,” Hill said. “But it can also work with savory flavors or herbs, such as sage or thyme. Typically Americans don’t consume pumpkin that way so it’s hard to imagine unless you’ve had a savory pumpkin dish.”