Find this article at:
go.ncsu.edu/readext?891055
— Written By Simon Gonzalez

The two girls follow her instructions, turning while swirling their colorful traditional dresses, all the while smiling broadly.

Rodriguez is the volunteer leader of Extension’s 4-H Latino and Folklore Culture Dance Club in Lee County. Daniela and Leyli are two of her 16 students, ages 5-13. Each week they gather to dance and to learn more about Hispanic culture.

“I like to be in the club because I learn how to dance and move the skirt,” said 12-year-old Daniela, who moved to North Carolina from Mexico last year. 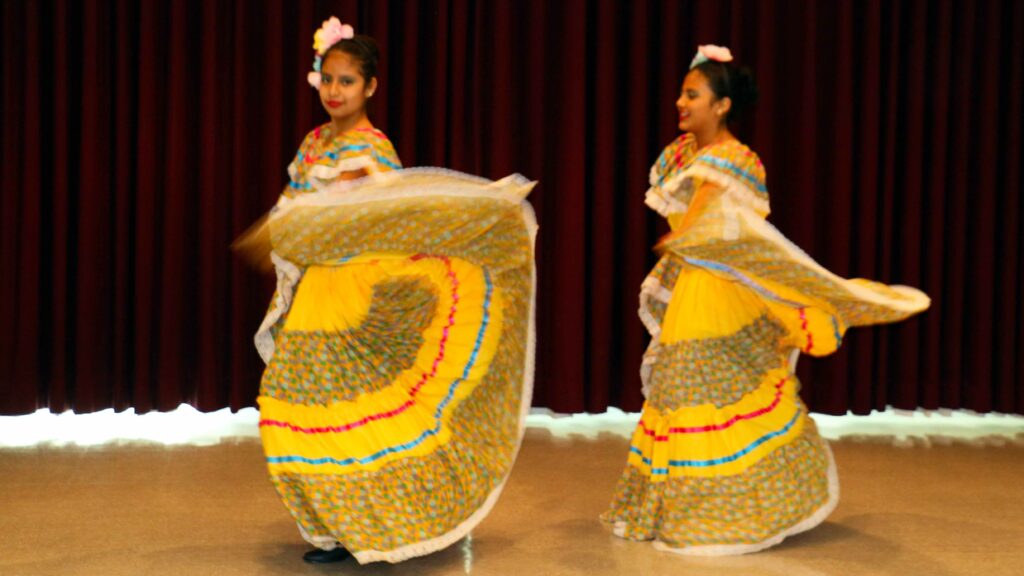 Rodriguez is also from Mexico. She came to North Carolina in 2001. Like many who relocate to unfamiliar surroundings, she sought out the familiar.

“When I moved I saw there was a large Hispanic community but nobody was doing a lot of art,” she said. “At our church, it was always dance. So I said I’ll do the dance.”

She has a degree from the University of Chihuahua in performance dance, so it was a natural fit. She began teaching a few boys and girls. She called the group Magetsi, which means first star in the Nahuatl language of central Mexico.

“They are stars, and the first star because we were the first in the area to start promoting dance so I thought this is a good name,” Rodriguez said.

The dancers spread the word about how much fun it was. More joined, and they quickly outgrew the space. Rodriguez approached Bill Stone, County Extension Director in Lee County. Stone offered both space and the opportunity to become an official North Carolina 4-H club. A charter was granted in 2009.

“She liked the idea of exposing them to the opportunities that are available with 4-H,” said Lee County 4-H program assistant Pam Kerley. “She encourages them to do the presentations and project record books, but through the spark of Latin dance. All of our clubs have some kind of draw that brings the kids to us, and once they’re here we have the opportunity to share more about the leadership and skills-building that is 4-H.”

NC State Extension provides more than 4,000 4-H activities across North Carolina for youth between the ages of 5-19. They include community and project clubs, special interest programs, school enrichment programs and afterschool programs.

“Besides dancing, I take advantage of all the 4-H programs,” Rodriguez said. “It’s a wonderful program. I love it. It’s a very, very good blend. Right now I’m teaching the basics of electricity. And also we are learning about growing plants. My goal is to combine culture with science. I always want the kids to learn more.” 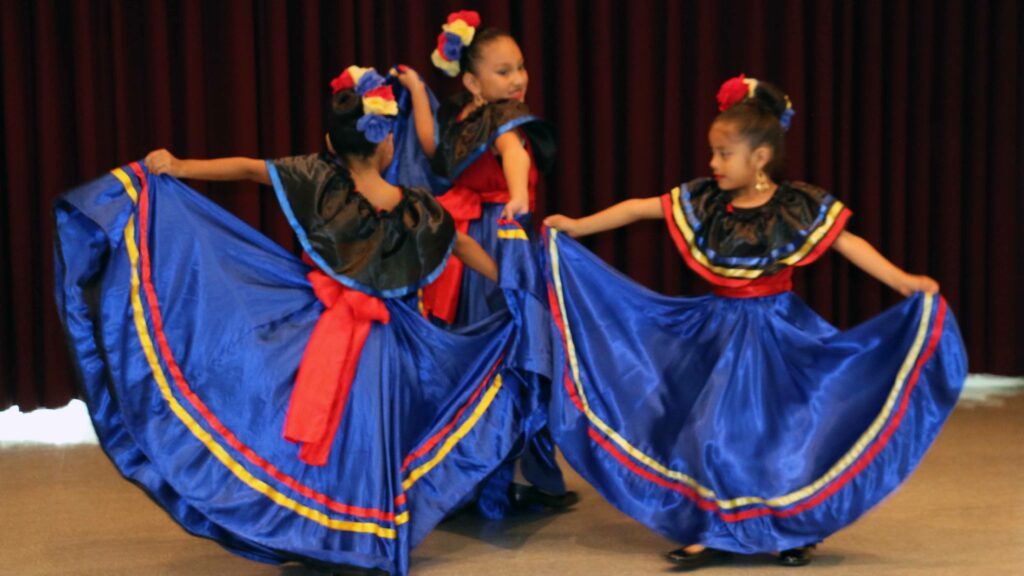 Whatever else she teaches, Hispanic heritage will always remain a strong component of the club. Her students all come from Latino backgrounds, and she wants them to appreciate the deep and rich history of their roots.

“It’s important because most of the kids in the Hispanic community are born in the United States,” Rodriguez said. “They are so proud because they are Mexican, they are Salvadorian, their parents are from wherever, but they don’t know anything about their country. It is such a big need to teach about our countries, the wonderful things that they are doing. It is not just about negative things that might be in the media. It’s the richness of the culture.”

Teaching isn’t always synonymous with exciting, but club members have no complaints about their lessons. Afterall, they are accompanied by colorful costumes, music and dance steps.

“The best thing about the club is you get to explore new cultures,” said Jasmine, 9, who has been in the club for three years. “And it’s fun.”

Axel, one of five boys currently in the club, is a naturally talented dancer, Rodriguez said. He especially enjoys zapateado, a lively form of traditional Mexican dance that involves stamping feet.

“I’ve learned more about my culture,” he said. “It brings joy and happiness.” 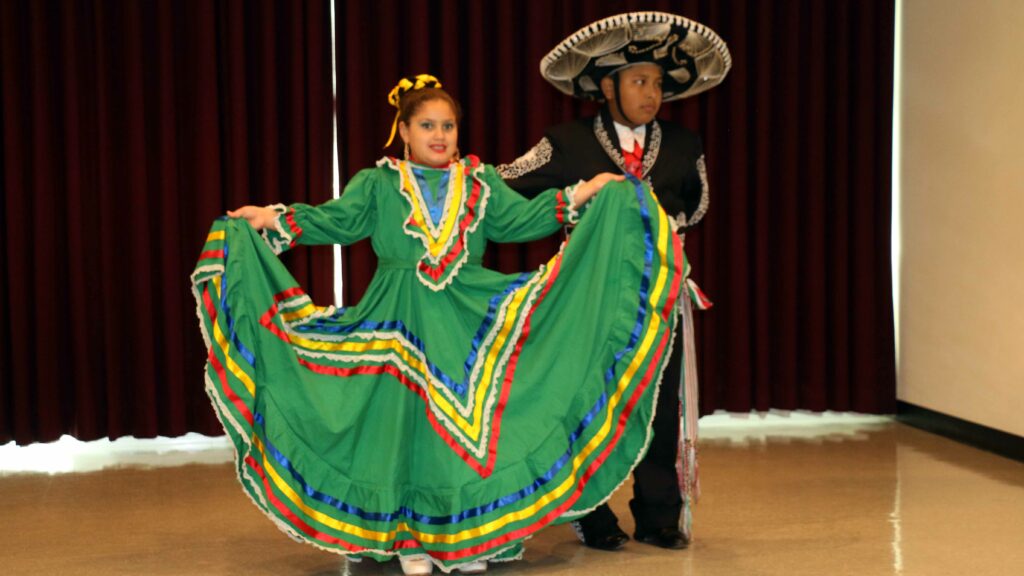 At a club meeting in September, Axel performed El Jarabe Tapatio, the Mexican Hat Dance, in full charro suit. Vanessa, his partner and Myrna’s daughter, wore a traditional colorful dress. Rodriguez has a collection of authentic outfits from Mexico, Panama, El Salvador, Colombia, Costa Rica and other countries. They are paired with jewelry and other accessories specific to each place.

“Every year I try to get one more set of dresses,” she said. “When we put a show together we can easily share the cultures of 16, 18 different places. That’s a very long show. Right now we hold it to about eight countries. America is a mixture of cultures. Each country in Latin America, each little place, has its own culture. Sharing it with the public is a pleasure.”

The shows are essential to the Magetsi mission. The club demonstrated some of their dances at the Lee Regional Fair in September, and will compete at the State Fair.

“They take any opportunity to share about the Latin culture,” Kerley said. “They dance at farmers markets, they danced at our Hispanic culture festival.”

The purpose goes beyond entertainment. After learning about their culture and roots, club members are sharing it with those watching.

“They learn a little bit about us, about our history, about our culture,” said Veronica Rodriguez, Jasmine’s mother. “It’s definitely important on both sides, for the kids and for the public.” 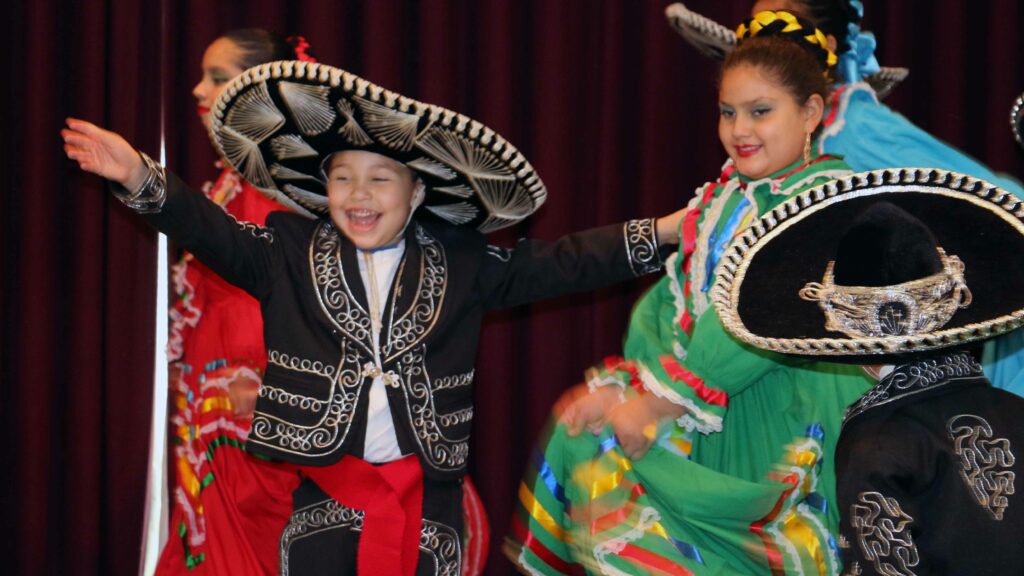 Rodriguez usually introduces each dance, saying something about the music, the country and the traditions.

“When they are dancing she is giving instruction to the audience on what they are dancing, what the costumes mean, and the purposes behind those dances and how they came along,” Kerley said.

Public speaking is an element of many Extension 4-H programs, and Rodriguez plans to share microphone duties at future performances.

“Each person will present their own dance,” she said. “Vanessa will dance Peru, so she’s going to come out on the stage with a mic and talk about Peru. Everybody has a culture assigned. They will read about it, and hopefully they will get more comfortable speaking in front of an audience.”

Rodriguez also hopes they will continue to value their Hispanic heritage and share it even after they leave the club, following in the footsteps of Luz Canseco and Lizbeth Carolina Arias.

Canseco is a former Magetsi who returned to Extension’s Lee County center to start her own 4-H club.

“Her club is Al Ritmo de mi Tierra, which is Rhythm of our Land,” Kerley said. “She is doing similar to Myrna, but she’s broadened it to the arts, crafts and music.”

“She goes to Latin America to find authentic fabrics,” Rodriguez said. “She said, ‘You taught me these folklorics. That’s my inspiration for my brand.’ I’m so proud that she found inspiration through me and what I’m teaching.” 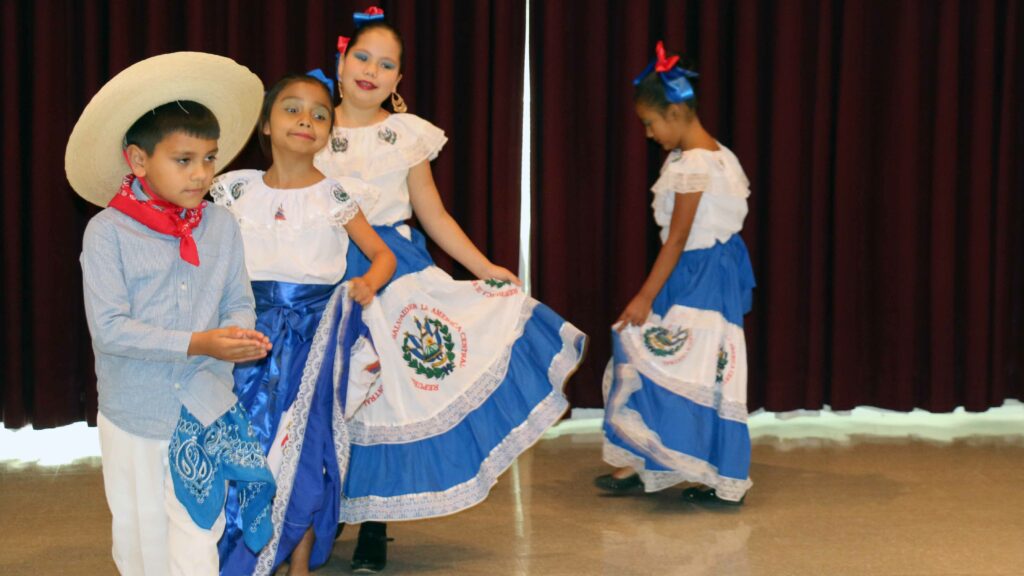 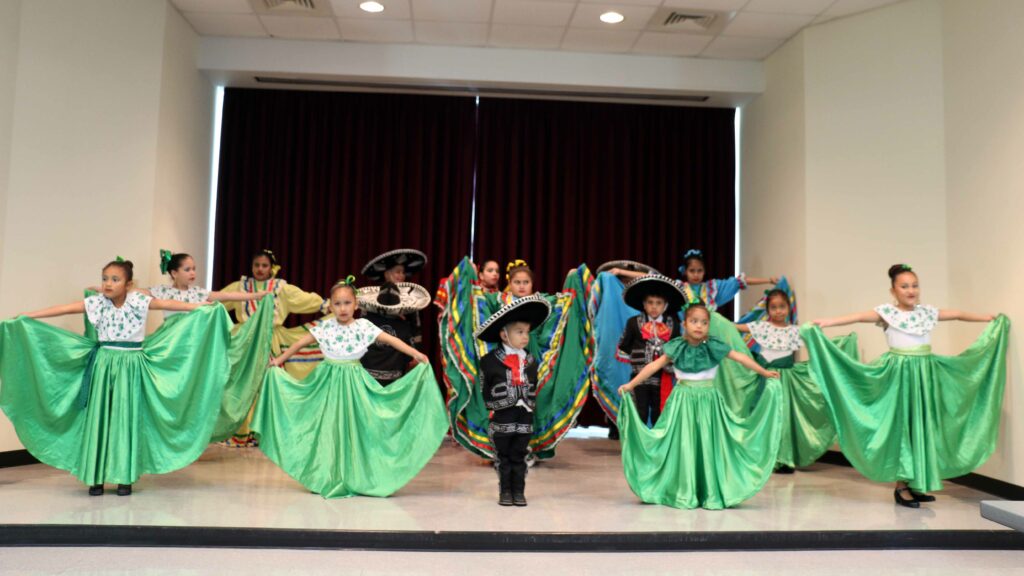 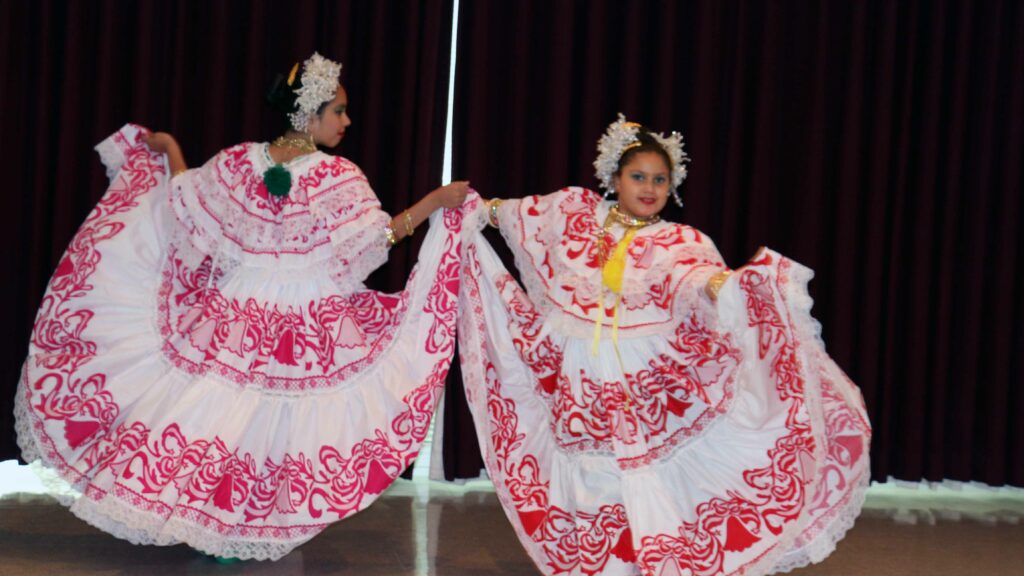