Find this article at:
go.ncsu.edu/readext?860000
— Written By Simon Gonzalez

When the White House Easter Egg Roll resumes for the first time in three years on the
South Lawn on April 18, North Carolina will be well represented. The 20,000-plus brightly colored hard-boiled eggs that will delight thousands of children are being provided by Braswell Family Farms, a commercial egg producer based in Nash County.

“We are going to take them up there on our truck the Friday before Easter,” said Trey Braswell, the company’s fourth-generation president and an NC State University graduate. “My understanding is we’ll get to drive our truck up to the White House and unload those eggs the kids will get to roll around and play with the Monday after Easter. We always take special extra care, but we’ll almost handpack those. We want to make sure they are in pristine shape when they go up there.” 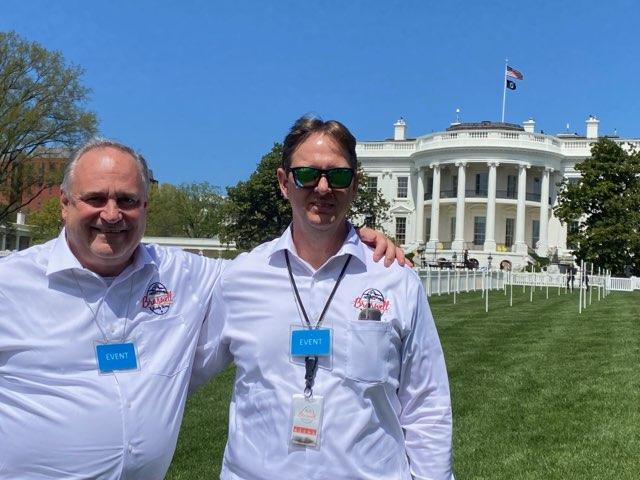 John Watson, Braswell Family Farms VP Sales and Marketing, and Willie Jervis, VP Operations, drove the eggs up to Washington, D.C., and got to tour the White House.

This isn’t the first time the farm has provided eggs for the event, but this one is special. It is the first Easter Egg Roll since 2019. COVID-19 restrictions forced it to be canceled for the past two years.

“The Braswells are a family, and everyone they provide eggs to, it’s like they are part of the family,” said Aaron Kiess, Extension specialist and a professor in the Prestage Department of Poultry. “They are generous to their employees, and to the people they make products for. It’s fitting that the Braswells are providing eggs for the White House Easter Egg Roll. It’s the perfect scenario.”

In 1878, Rutherford B. Hayes countermanded the Turf Protection Act that kept the public off the grass around the White House and allowed children onto the South Lawn on Easter Monday. Since then, American presidents and their families have celebrated the day by hosting an “egg roll” party.

In modern times, the festivities include the Easter bunny, storytelling and celebrity appearances. But mostly, it’s all about the eggs. Children use wooden spoons to roll the colorful spheroids across the grass to see whose will go the furthest before cracking.

“When I was a child George [H.W.] Bush was in office and my sister and I went up with our parents and got to participate in the Egg Roll,” Braswell said. “We think it’s an honor to provide these children with an opportunity to do something that’s hopefully joyful. I know when I was a kid that it was such a neat thing to be on the lawn there at the White House rolling Easter eggs.”

North Carolina’s commercial egg producers are a tight-knit group. So while it is Braswell Family Farms providing the eggs, the honor extends to the entire industry. 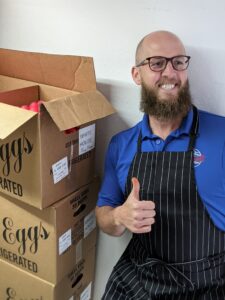 “We certainly feel that we are representing North Carolina and North Carolina’s egg industry,” Braswell said. “We do take great pride in this as a North Carolina egg farmer. It’s exciting to be able to say that of all the layers that are in Pennsylvania and the Midwest, that the eggs for the White House Easter Egg Roll get to come from our great state of North Carolina. We are an incredibly strong poultry state for sure. We have a strong poultry association, a strong egg association.”

According to the North Carolina Poultry Federation, the state ranks third nationally in poultry production. More than 5,700 farm families produce poultry and eggs, making up nearly 42% of the state’s total farm income. Egg farmers produce about 7.5 million eggs a day from their 9 million or so birds.

“The egg-laying industry in North Carolina is strong, and it’s growing”

“The egg-laying industry in North Carolina is strong, and it’s growing,” said Ken Anderson, NC State University professor and Extension specialist in poultry science. “We are in the top 10 in the nation.” 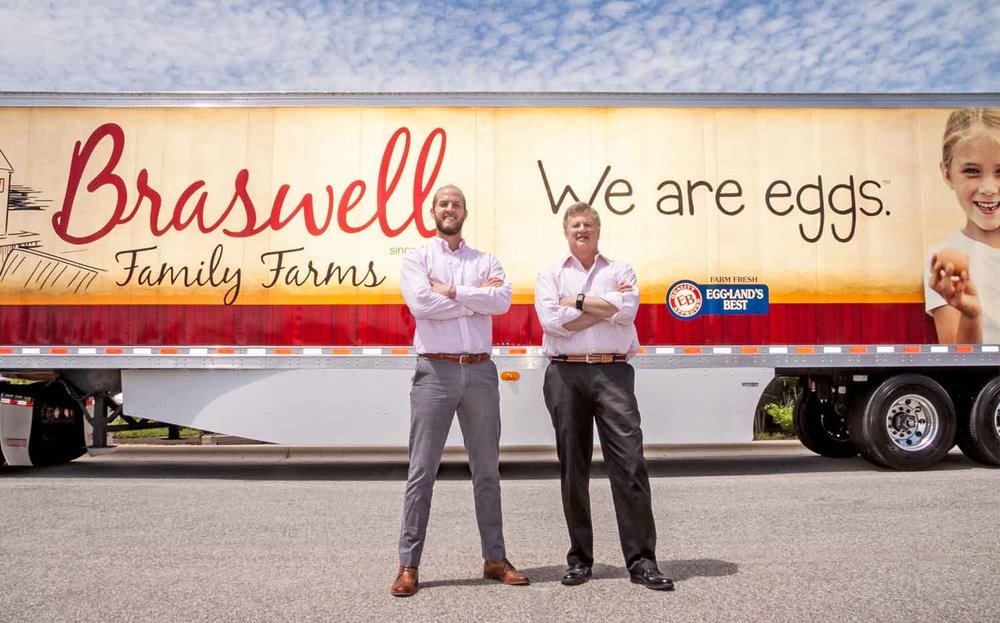 Trey Braswell (left) is the fourth-generation president of Braswell Family Farms. He succeeded his father, Scott (right), in 2017.

The company has a strong association with NC State and Extension.

“Trey Braswell was one of my students in my poultry judging class,” Anderson said. “He was an excellent student, and he’s an excellent young CEO.”

Braswell, who took over as company president from his father, Scott, in 2017, has a business degree from NC State. But he spent a lot of time in the College of Agriculture and Life Sciences.

“I took classes in agricultural economics and poultry science,” he said. “My degree is not from CALS, but I love them and partner with them. I’m highly involved with the College of Agriculture and Life Sciences. I have a good relationship with Dr. Anderson. We interact regularly. CALS has certainly been integral in my education and in their support for the industry in the state.”

The Braswells are doing their part to ensure that support remains strong by endowing the Distinguished Professor – Poultry Extension Specialist position. Kiess was hired last year.

“This position was created to provide support for the industry,” Kiess said. “I’m here to go out and provide the advice I can, or solve problems they have. I’m really enjoying meeting the stakeholders and learning from them. It’s like a big family. That’s the best way I can describe it. If somebody falls upon hard times, the other ones are there to help them out with what they need, whether it’s providing trucks or processing eggs. That’s really refreshing to hear about that, and to see it happen.”